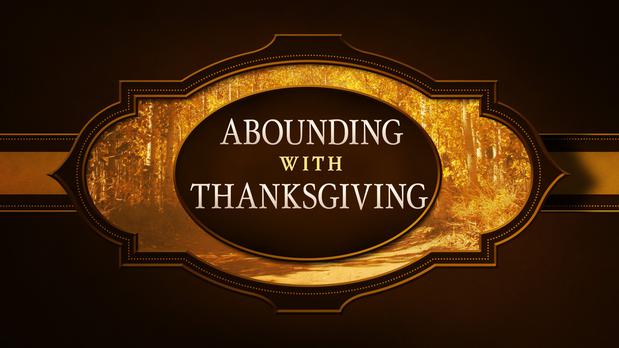 If there ever was an attribute which remains reprehensible regardless of its modern day adornment, it would be that of ungratefulness. There is something quite disheartening in watching someone receive a gift with a heart absent of real gratitude.  Although many areas of selfishness/self-centeredness, mostly due to marketing and manipulation, have successfully won over the hearts and minds of the culture, there is nothing that can cover up the egregious attitude of ungratefulness. I cannot think of one book, TV, or movie character that has stood the test of time who has  displayed such a self-centered heart, yet this characteristic plagues us in real life perhaps now more than ever. This is much in part thanks to what many call the self-esteem movement.

Over the last several decades the pro high self-esteem movement has literally plowed and paved its way into the very fiber of our postmodern thinking and behavior. But there are more than a few ironies facing the self-esteem philosophy and sadly even more casualties. One such casualty standing at the forefront would arguably be that of genuine thankfulness.

Certain characteristics in life have quite natural outcomes. When someone is spoon fed (from the high chair) the necessity of having a high/good self-worth, self-esteem, self-image, etc. we should not be surprised when that child grows up to be a very confused and disillusioned young adult.  Despite a high self-esteem being touted as the wonder drug of the 20th century, nothing could be further from the truth.

Geneticists have worked tirelessly in recent decades, discovering how to modify today’s foods to appear bigger and brighter, but often other attributes are lost in the process.  A similar principle can be observed in people’s attitudes and actions. In a culture literally in love with itself, there are often other, much more nutritious characteristics that are deleted, due in part to our anxious efforts of self-exaltation. One of the nutrients often missing is that of genuine and lasting thankfulness.

Consider the child that is repeatedly told he is so special and so important that he deserves everything and that “having it his way” is just the way it should be.  This child feeds on books and tens of thousands of hours of TV shows and movies essentially telling him the very same thing. He’s given many fabulous and expensive gifts, only reinforcing the delusion. It doesn’t take long before his emboldened and enriched self-esteem is off the charts. This will undoubtedly lead to a reduction of other characteristics, namely thankfulness. After all, why be thankful, when you wholeheartedly believe you deserve the best and the most?

But one might argue that even a selfish child is thankful for receiving a long desired present. True, however, this is a different sort of thankfulness altogether. It is a fleeting, fleshly thankfulness, not one born out of true, selfless gratitude. It is produced only temporarily, if, in a sense, as the soul’s way of expressing pleasure for getting what it already believes it deserved in the first place. (If you don’t believe this, watch what happens when people are kept from getting what they think they deserve. It really doesn’t matter the age. Often children are just not as good at masking their true feelings.) In fact, it won’t be long before even the extravagant gifts will not be enough to satisfy that child’s insatiable appetite of self-aggrandizement. Soon even the presents will bring nothing but ungratefulness, always believing he deserves more and better things.

Sadly, this pattern is a deceptive and tragic trap, one ultimately set by the enemy of our souls, and one many corporations and psychologists have been utilized to employ, having profited greatly from themselves. Breeding discontentment will naturally lead people to spend more in hopes of  satisfying their already discontented hearts and minds. Who better to benefit from this sort of philosophy than retail companies? Perhaps that is why so many of them are the leaders in self-centered advertising. Another business  benefiting would of course be psychotherapy. After all, who better to seek than a therapist  to “cure” the pain and emptiness that this sort of discontentment eventually produces? (Sadly, much of today’s church is no different, seeking psychology and the next big sale to satisfy instead of the indwelling Spirit of God. Is it any wonder we see so little vibrancy and victory in today’s Christianity?)

Arguably there is a simple philosophy that our culture has bought into from birth.  It says that most, if not all people begin with a low self-esteem. Whether due to circumstances or something broken within, that low self-esteem must be overcome at all cost if we are ever to succeed as successful human beings. In order to do so we must enjoy a high self-esteem diet of flesh enhancing philosophies and practices.  Only then can we overcome our maladjusted beliefs and begin soaring like we were always meant to do. As tasty as this might sound, this is not how God designed us to live. We were not designed to raise ourselves up, but rather to lower ourselves down and instead raise God up.

Only in magnifying Jesus can we truly find genuine and eternal contentment and fulfillment. This is why God’s Word reminds us that godliness with contentment is great gain. “But godliness with contentment is great gain. For we brought nothing into this world, and it is certain we can carry nothing out. And having food and raiment let us be therewith content. But they that will be rich fall into temptation and a snare, and into many foolish and hurtful lusts, which drown men in destruction and perdition. For the love of money is the root of all evil: which while some coveted after, they have erred from the faith, and pierced themselves through with many sorrows. But you, O man of God, flee these things; and follow after righteousness, godliness, faith, love, patience, meekness. Fight the good fight of faith, lay hold on eternal life…” 1 Timothy 6:6-12a

The actual name for a high self-esteem is pride and pride is really nothing less than self-love. It is the very heart of all that hates God, seeking to exalt itself above Him, stealing the Lord’s rightful place upon the throne of every human heart. Despite what most schools, commercials, “professionals”, retail companies, and story books tell us, it is not having a high self-esteem that will ultimately fulfill us. Nor will it ever produce real thankfulness and gratitude. Only when we sincerely and desperately cling to the Great and Glorious God will we find the truth and truly be thankful to the Lord. Only when we understand that it is because of our willful rebellion against God that we deserve nothing less than Hell, only then will we truly embrace God in His forgiveness and love found in Jesus Christ alone.

Only in humility will thanksgiving not only be produced, but also bring about an abundance of the Life of Christ in us and through us. If pride is the ultimate culprit, then humility can be the cure. Like the sun, Jesus burns away the prideful fog obscuring God’s greatness, helping us to finally humble ourselves, coming to grips with the very real and freeing fact that we really are nothing.  We will finally realize it is the Lord, not us, Who deserves it all! We do not “deserve a break today” and we most certainly should not seek to “have it our way”. Instead may we humbly seek His perfect and plentiful way. May we wholeheartedly desire to see the Lord in His true beauty and splendor. Then we will begin to see our discontentment and ungratefulness burn away and finally begin to understand what it truly means to “abound in Christ with thanksgiving” (Colossians 2:7).