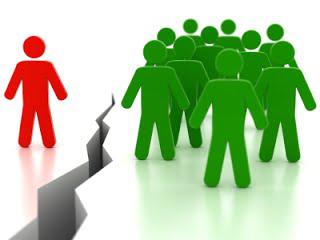 Proverbs 14:12  “There is a way which seemeth right unto a man, but the end thereof [are] the ways of death.”

Often times when division is caused within a body of believers, the immediate assumption seems to be that the issues behind the division are automatically unbiblical.  But is this really the case? Is there ever such a thing as Biblical division?When a person brings Biblical correction to an individual, group, or situation, the accusation is often made that he is being divisive, causing unnecessary and unbiblical division.  Granted, there are definitely situations that cause unbiblical division, but it is this writer’s conviction to bring clarity on this issue in light of Scripture. In reality, it’s the context of division that determines whether or not it is actually unbiblical. Here are a few factors perhaps worth considering when weighing out this subject.

First is the issue of non-essentials.

It seems that when believers depart from a ministry or church, it’s commonly assumed and sometimes even said that the people leaving were unnecessarily stirring up strife (division) in the body. Maybe they were making a big deal out of something that is a “nonessential” and thereby creating a stumbling block for others, however it is important to define what the non-essentials actually are.  Let me say that anything addressed between Genesis 1:1 and Revelation 22:21 is absolutely essential as “all scripture [is] given by inspiration of God” (2 Timothy 3:16) [Emphasis mine]. Be wary of anyone that tells you otherwise.  We are all called to dive deeper into God’s Word, understanding Him more and more for eternity. The danger, in my opinion, by saying that some things in God’s Word are not essential is that we then are telling others that they really don’t need to keep going deeper, after all certain things in Scripture are really not as important.  Again, all Scripture is given by God and useful to equip us to be totally furnished for every good work. I for one do not want to be the person deciding for a fellow believer what is and is not essential to their walk with the Lord.  God’s Word is completely sufficient, necessary, and essential.  When someone talks about non-essentials, it’s worth kindly asking what he would consider a nonessential in the Word of God.

In this brief article, I hope to show that the separation of a person from a church building or congregation cannot only be completely Biblical, but sometimes is necessary. In order to keep the bride of Christ from error, the Word of God itself instructs believers to avoid those holding to false doctrine.

In Romans 16:17-18, the Holy Spirit speaking through Paul tells us:

“Now I beseech you, brethren, mark them which cause divisions and offences contrary to the doctrine which ye have learned; and avoid them.

For they that are such serve not our Lord Jesus Christ, but their own belly; and by good words and fair speeches deceive the hearts of the simple.”

Many might read this and think that this is speaking of those clearly recognized as false teachers.  Although true, it’s not confined to the ones so distinctly recognizable.  By inspiration of the Lord, Paul warns, “after my departing shall grievous wolves enter in among you”(Acts 20:29a).  This is a clear prophecy and warning that there would be those that come in among believers “not sparing the flock”(Acts 20:29b). Their “tongues are swift and tickle ears” (2 Timothy 4:3) and as we read earlier in Romans that their “fair speeches deceive the hearts of the simple.”  These men and women seek only satisfaction in self gain, controlling the sheep with their seductive reasoning, causing the prophesied mass apostasy during the end times. (Matthew 24:24, 2 Timothy 3:13, 2 Thessalonians 2:3)

Our command from the Lord Jesus Himself is to “take heed” (Matthew 24:4b) and observe the times.  The Bible foretells that men would be lovers of themselves (2 Timothy 3:2), and that the world would count good for evil and evil for good (Isaiah 5:20) ultimately bringing destruction upon their own souls.

The Lord tells us this wickedness would creep into the church and draw many into its enticing destruction.  It should be the conviction and joy of all believers to search the Scriptures daily and stand guard against such heresy.  We’re commanded to not only observe, but to mark those that would speak anything “contrary to the doctrine which you have learned.”  The “doctrine” Paul is referring to is Scripture itself.

Third, true doctrine will automatically cause division with false doctrine. 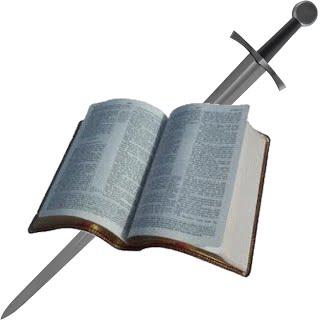 They simple do not mix. We’re clearly told that if someone is teaching contrary to the doctrines of the Bible we are to mark them and avoid them.  Whether they are a pastor, elder, ministry leader, or simply a proclaiming Christian makes no difference. They themselves have chosen to already separate from the Word of God and are either knowingly or sometimes unknowingly enticing others to do the same.  If a man (or woman) seems to be leading others away from God’s Word, the first Biblical thing to do is to take to Scripture.  If the clear teaching of Scripture confirms he is in violation of the Word, you can go to him showing in Scripture where he has erred.  If he is unwilling to hear the correction, then speak with your pastor or elders.  They should be willing to go with you to speak with that person and if the man or woman is yet unwilling to repent, then he should be marked and removed from the church for the sake of the flock and that person’s own soul (1 Corinthians 5:5).  If you approach the pastor/elders in the congregation and they are unwilling to submit to the Scriptures, then it may very well be necessary to leave that body and look for a fellowship that reads and leads by the whole council of God (Acts 20:25).  Just as a reminder, this instruction is referring to anyone teaching false doctrine.

You may be accused of being divisive in the process mentioned above, perhaps because the majority sees nothing wrong with what is being taught or maybe because most are kept from knowing the details. Remember, if according to Scripture, a teaching is false, then the person teaching falsely has already chosen to separate himself from the truth, and we as followers of Christ must stand on the Truth, the Holy Word of God.

Lastly, may we not forget that truth only divides the darkness.

In reality, the truth cannot cause division within the truth. Only when truth shines upon lies will biblical division occur.  A good example is even given in Genesis 1. By creating light on Day 1, our God (in a sense) created division (Genesis 1:4) and has revealed to us even through nature itself that light and darkness cannot coexist (John 1:5).  Jesus reinforced this when He boldly (and unapologetically) proclaimed that He is “the Way” (John 14:6), which is to say that all other ways are false.  Therefore as Christians, we should approach everything according to faith in Christ Jesus, giving honor and glory to Him (Romans 14:23a, Colossians 3:17), knowing that the truth is exclusive and once introduced into darkness will supernaturally cause division.

“These are murmurers, complainers, walking after their own lusts; and their mouth speaketh great swelling words, having men’s persons in admiration because of advantage.

But, beloved, remember ye the words which were spoken before of the apostles of our Lord Jesus Christ;

How that they told you there should be mockers in the last time, who should walk after their own ungodly lusts.

These be they who separate themselves, sensual, having not the Spirit.”

Here Scripture tells us that those following after their own ungodly lies are those who do not have the Spirit of God, but are pursuing self gain.  The truth will inevitably cause division when introduced to this kind of person. Within a body of Truth, it is the person choosing to teach falsely that is actually the divisive one. After all, these people have chosen to separate themselves from the truth by embracing and deceptively teaching falsehood in the first place.

Not only does God use the illustration of light, but also a sword. Christ tells us in Hebrews 4:12 that His Sword which is the Word of God is that which divides.  Lest we forget the words of Christ Himself, let us carefully consider Luke 12:51-53:

“Suppose ye that I am come to give peace on earth? I tell you, Nay; but rather division:

For from henceforth there shall be five in one house divided, three against two, and two against three.

Jesus tells us that His coming would lead to families themselves being torn apart, set at variance against each other.  This is the supernatural result of people choosing to follow Him. “How can two walk together except they be agreed?” (Amos 3:3).  He commands us to “choose this day whom you will serve” (Joshua24:15), and tells us that “He that is not with Me is against Me” (Matthew 12:30).  Christ has called us to worship Him alone and put nothing before Him (Matthew 10:37), as we must be wholly available to the Creator to know and serve Him, all to His glory!

My encouragement throughout this article is not to seek division.  The Lord instructs us to “keep the unity of the Spirit in the bond of peace” (Ephesians 4:3). Believers have a supernatural unity with each other because we are one in Christ (Romans 12:5, 1 Corinthians 10:17).  We do not have to “make” unity.  We already have unity in the Spirit, the Spirit of Truth. Don’t be discouraged when you encounter Biblical division for standing on the Word of God.  Christ promises persecution will come, not only from the world, but even from those professing to be within the church. Anyone who lifts up the words of men (Matthew 15:9) will not enjoy having the light of God’s truth shone on their wicked words and works.  Continue to run the race God has called you to run with patience and joy, giving all the glory to Him who has already accomplished the victory.  Keep your eyes on Him.  You will inevitably become discouraged when you set your eyes on men (Proverbs 4:19).  As Helen H. Lemmel wrote, “Turn your eyes upon Jesus, look full in His wonderful face, and the things of earth will grow strangely dim, in the light of His glory and grace.”

Matthew 10:38-39  – “And he that taketh not his cross, and followeth after Me, is not worthy of Me. He that findeth his life shall lose it: and he that loseth his life for My sake shall find it.”

Acts 5:29 – “Then Peter and the [other] apostles answered and said, We ought to obey God rather than men.”

Posted in Uncategorized and tagged Discernment
← Are Aliens the Answer?Is Jesus or the Force with You? →