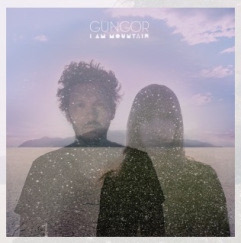 “I recently had the best meal of my life, an eight-course Japanese/sushi thing…and just the balance of the plates they’d bring and how they handled each of the flavors after the next to build to something, it was amazing.”

“That’s how I wanted to approach this record. To have a palate cleanser when its needed, something easy to go down, a breath for a second when things get too dark or heavy.” ~Michael Gungor, I Am Mountain, Bio (http://gungormusic.com/bio/)

Michael Gungor has definitely made some waves over the last year regarding his allegorical view of certain sections of Scripture. Although this is clearly a dangerous deception in need of correction, I can’t help but wonder why so little was said four years ago when he posted a three part reflection on his spiritual journey into all things contemplative.

One thing that’s fair to say is that Michael is not a hypocrite, at least on this. Unlike so many others involved in today’s “Christian” ministry scenes, he sure isn’t trying to appear biblically conservative, while secretly exploring mystical “Christianity”. His thoughts even four years ago were posted right on his website for all to read. Yet many churches, including what we might consider solid, line by line and verse by verse churches, either through ignorance or self-denial continued opening their doors to him month after month and year after year.

The few who said anything during that time were typically marginalized or worse, vilified, or simply ignored. After all, those choosing to speak up are often told not to say anything ‘negatively’ against what some so-called leaders label “moves of the Spirit”. A proper teacher of God’s Word, however, will never use this shabby excuse as a cloak to hide behind. No one is above being lovingly and truthfully corrected regardless of his/her popularity, personality, or charismatic presence.

The way to keep the unity of the Spirit is not found in turning a blind eye, but rather in exposing the darkness that is frankly running rampant in this modern or rather post-modern church era. We are reminded in Ephesians 5:11, “And have no fellowship with the unfruitful works of darkness, but rather reprove [expose] them.” Nowhere in Scripture are we told to be tolerant of evil actions or evil doctrines. Contrary to the spirit of this age, tolerance does not pave the road to biblical unity, but instead is the bridge to the wide road leading many to destruction. Paul, through the inspiration of the Holy Spirit reminds us, “Now I beseech you, brethren, mark them which cause divisions and offences contrary to the doctrine which you have learned; and avoid them.” Romans 16:11 [Emphasis mine] 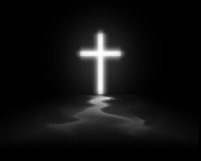 Light will never divide the light. Truth will never divide the truth. In reality, division is caused when darkness and deception are embraced and promoted by the saints, allowing devilish doctrines to be injected into the body of Christ infecting many and causing many to become unsuspecting carriers. They have then become transporters, whether knowingly or unknowingly, to a wide variety of deadly strains of false doctrine.
In the world, of course, it’s just the opposite. The world is already full of darkness and deception, so the light of God’s Word will definitely divide as the Lord shines into the darkness. “And the light shines in darkness; and the darkness comprehended it not.” John 1:5

May we always be wide awake and alert in the times in which we live. May we never slumber or sleep, knowing the Morning Star is soon returning. “And so we have the prophetic word confirmed which you do well to heed as a light that shines in a dark place, until the day dawns and the morning star rises in your hearts…” 1 Peter 1:19

“You are all the children of light, and the children of the day: we are not of the night, nor of darkness. Therefore let us not sleep, as do others; but let us watch and be sober. For they that sleep sleep in the night; and they that be drunken are drunken in the night. But let us, who are of the day, be sober, putting on the breastplate of faith and love; and for an helmet, the hope of salvation.” 1 Thessalonians 5:5-8.

As the saying goes, it’s darkest just before the dawn. We might believe reaching this world and sadly much of the professing church is a futile attempt, however, nothing could be further from the truth. With God all things are possible. We are not seeking a revival or reformation, but rather the salvation of the Lord. We look up for our hope and look around to fields for our labor. We choose to take His yoke upon us as we faithfully and joyfully serve Jesus, letting His true light work in and through us, knowing with confidence that He who is in us is greater than he that is in the world. (1 John 4:4)

May Jesus’ words truly encourage us! “These things I have spoken unto you, that in Me you might have peace. In the world you shall have tribulation: but be of good cheer; I have overcome the world.” John 16:33

Michael Gungor [gives] detailed information on how to practice contemplative meditation in a three part article.

He explains to his readers that he went on a “spiritual pilgrimage” in September 2010…”The first week was a week of silence and meditation at a spiritual retreat that I found by googling ‘best spiritual retreats in the world.’” He said that he went on this pilgrimage because he was “on the brink” and “didn’t really know what [he] believed in.” Gungor began his journey with a trip to the Vatican where he heard the Pope speak: “Not a bad way to start out my spiritual journey. Made me want to be Catholic actually.” After this, Gungor caught a flight to Assisi and on the flight he “listened to a couple Rob Bell sermons on [his] iPod.” Gungor explains that the retreat was “a cross religious retreat, so they had statues of Mary in the room next to a Buddha next to a Hindu something or other.”

In part 2 Gungor [does] what most emerging figures do – he de-emphasizes beliefs and doctrine, calling evangelism a “pyramid scheme” and says in many ways he agrees with the “new atheists.” He says he doesn’t “believe in the old guy in the sky,” talking about God, adding: To me, God is the basic Reality of the universe. God is what is. That’s how Moses wrote that God introduced Himself, isn’t it? “I am that I am.” God is. Whatever is, that is God.