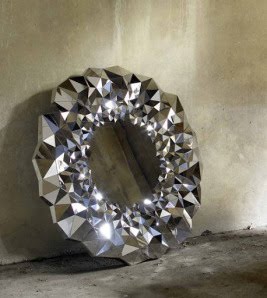 “MIRROR, MIRROR, ON THE WALL…”

Most would readily recognize a queen talking to herself in a mirror about her own beauty as prideful and foolish. So why is it that so many have been duped by the popular psychological doctrine of self-esteem which in essence teaches the same prideful notions of self-adoration?

Possibly part of the reason is because of the psychotherapeutic community’s stellar job of making their field appear more scientific than it really is. Another could be the lack of discernment in many who trust almost any teaching as long as it’s called “scientific”.Interestingly, in the minds of many, once a belief receives the stamp of approval from “science”, it somehow moves out from the realm of fiction (or hypothesis) and into the world of facts and, it seems, is no longer open to scrutiny. As the adage goes, “Perception is reality.”

But what if the real research and observational science contradict the popular belief of something? To go a step further, what if the Bible contradicts the idea? Arguably, two of the most popular and influential ideas in today’s world; two that use “science” as their shield and cleverly rule over our self-centered, post-modern society are evolution and clinical psychotherapy. When dealing with either, the Christian is unconditionally obligated without pause to examine them under the scrutiny of God’s sufficient Scriptures. As we stand on His Word, we need not fear. The truth of God’s creation will always confirm, never contradict the Bible. The problem occurs when someone gives himself permission to use God’s Word in conjunction with man’s ideas. Here is where the road splits. Also, here is where a clever debater will raise up a straw man hoping to cause as many as possible to make a sharp left turn when we should stay straight on the narrow way.

“You see,” an orator might argue, “we don’t use the Bible for fixing a car or building a skyscraper, so clearly there are writings and teachings by men that require us to go outside the Bible. ” This is foolish at best, and detrimental at worst. No one would say that we don’t find some of man’s discoveries and teaching useful as they pertain to our day-to-day lives on planet earth. The problem comes when we make the unnecessary leap of holding to those that lay claim to answers exclusive to the Word of God. The Bible clearly states that it is sufficient for life and godliness (2 Peter 1:3), so if any doctrine in these areas contradicts the 66 books of the Bible, a born-again believer must throw them out. We do not first and foremost need men, rather the Holy Spirit and His Word in these matters. However, this attack to turn a person from trusting God’s Word is not always easy to detect. Most often they are subtle and unannounced, claiming all the while to be benevolent in intent.

Why not announce your full intentions? Why such subtly? Simply stated, it’s not always advantageous to attack your opponent head on. A good strategist will come at his enemy in a variety of covert ways, but the goal is always the same- overtake and destroy. If I were to stand in front of a Bible-believing congregation and plainly teach that we don’t need God’s Word for all areas of life, many would hopefully correct me on the spot, asking me to step down. However, if I begin to teach a contrary view to the Bible concerning the history of this universe (evolution) or the nature of man (pop-psychology, self-esteem), all the while invoking “science” to make my claims, many might feel ill-equipped to disagree. Why? Because they feel “scientifically” under equipped to do so. This reason alone reveals that, at some level, they have been convinced that the “science” in these historical and sociological areas is superior to God’s Word. Once a person has been convinced of the insufficiency of God’s Word, he will undoubtedly be susceptible to even more science fiction, much of which is only covered in a thin veneer of so-called facts. Once a person has bowed the knee to the superiority of man’s ideas to life and godliness in any area, the battle and even perhaps much of the war has been won. Once the door is unlocked, allowing in man’s vain philosophies, a person has, in essence, given permission for any and all foolish ideas to enter his heart and mind.

Anytime anyone says that we can add false doctrines to God’s Word, whether claiming to be spiritual or scientific, we are in actuality moving ourselves off the bedrock of the Bible onto the sinking sands of sinful men. The question is simple. Do we really want the Rock or are we satisfied with the sand?

“Study to shew thyself approved unto God, a workman that needeth not to be ashamed, rightly dividing the word of truth. But shun profane and vain babblings: for they will increase unto more ungodliness. And their word will eat as doth a canker…” 2 Timothy 2:15-17a

Below is a current article providing one of the many examples where the facts diverge from one of today’s most popular teachings.

“Dark Side of Self-Esteem“

“The media recently reported “new” research findings to the effect that rewards often backfire and self-esteem is not the wonderful, uplifting personal attribute once thought. As a result, schools are rethinking their teaching and classroom management philosophies…

Posted in Uncategorized and tagged Psychology, Self Esteem
← This is THE Day (of Hope)!Blind Faith Part 2 "Just trust in Jesus?" →