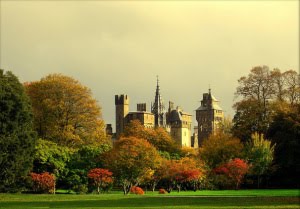 Once there was a kingdom with a great king. Every year the people of the kingdom had a special celebration that was filled with a special time of giving to the king. On this day everyone from the kingdom would come to the castle and present the king with amazing presents hoping he would choose their’s as the best gift of the year. Whoever the king chose as the best giver would have the privilege of sitting with him for the remainder of the celebration. Some people enjoyed sitting by the king because they believed the king made them look great. Others, although a minority, loved being by the king just to be with him. They loved talking to him and seeing how he handled running the kingdom. They simply loved the king.

This was a very special year for one little boy in the kingdom. His parents had finally agreed to allow him to participate in the giving celebration. Gregory was only six, but it felt like he’d been waiting for this his whole life. He couldn’t contain his excitement. He desperately desired to win the event for one simple reason. He really wanted to get to know his king. Gregory really wanted to win! He was so excited he could barely sleep that first night. He got up early to take a walk around his neighborhood. “I’ve got to come up with a great gift,” he thought to himself. But he had one little problem. Even after saving his allowances for two straight years, he only had $30 to buy something. As he strolled around the familiar neighborhood circuit, he began to notice many of his neighbors had already begun working on their presents. He saw a large giraffe in one backyard while another neighbor had purchased a beautiful fruit tree filled with ripe pomegranates. Another family had been working on building the king a marvelous flying machine. One man was hand crafting a beautiful marble sculpture in his front yard. Walking through the neighborhood, Gregory began to grow more and more discouraged.

When he arrived back home, he was almost ready to give up. “What can I get the king for such a little amount of money,” he mumbled under his breath. Waving his hands up in surrender, he retreated to his room. He was so sad, he even missed supper that night. The next morning he stayed in his room not wanting to see any other gifts that he was soon going to be competing against. Then it happened. Gregory decided he would give it one last shot. After all, the party was less than one day away. He began pacing in his room as he tried to arrive at a winning idea. “I have to be with the king,” he thought.”I just have to!” All morning he walked back and forth and back and forth almost like a soldier during marching practice. All of a sudden, as if sent by the king himself, an idea flew into his mind. At first he wasn’t sure, but then a big smile slowly appeared across his face. He knew, he just knew this would be the winning idea! 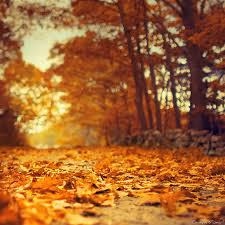 He sprinted over to the spare bedroom where all the boxes and wrapping paper were stored. His parents were happy to hear he finally was back on track. Gregory spent all afternoon looking for just the right box and just the right paper. That night he slept soundly, knowing with confidence that he would soon be sitting by his king. As the sun peered passed his curtains, warming his room, he hopped out of bed as if he was a rabbit. He and his parents gathered their gifts and began the long trek to the castle. By the time they arrived the line was all the way out the castle doors and down the main street. Gregory waited patiently, confident even after seeing the many other spectacular presents awaiting the king. He saw peacocks and plow horses, rubies and diamonds, glistening golden vases and large lions in cages. He overheard people talking about the kinds of gifts that had won in years gone by. One year a tremendous tiger as white as the snow had won. Another year the winner had brought a beautiful fruit tree as tall as a four story house. This tree could actually produce three different kinds of fruit. Gregory remembered the year the tree had won. That was when he was four.

Finally the sun was setting and Gregory had made it into castle’s throne room. It was a large room lined with marble from floor to ceiling. It echoed with voices as the people huddled around to see the remaining gifts. Oohs and Aahs filled the room. Gregory had been so focused on the people ahead of him, he hadn’t realized that he was actually the last person in line to give his gift. This made him a little nervous knowing if the king wasn’t pleased, there would be no one behind him to make him happy again. There were only three people ahead of him and he could hear everyone in the huge room talking about the day’s events. Some were even arguing over their own gifts, believing, of course, that they were best. His heart began to pound and knees started to shake. “Maybe this wasn’t such a good idea,” he thought. Then only one person stood between him and the king. Gregory could now see the king’s face. The king glanced over to the little boy and gave him a smile, as if to assure him it would be okay. It was almost like the king had been waiting all day just for him. That was the assurance he needed. Finally, after waiting for almost seven hours, it was time.

The crowd grew silent, noticing the only person left was a little boy that most didn’t even know. The people began to whisper to one another. A few even chuckled. “Who does this boy think he is?” a few grumbled. “He’s wasting our time,” they complained. They couldn’t quite make out what he had in his hand, but they all figured this would be the worst gift ever. Gregory slowly approached the king. This was the first time he had ever seen him this close before. The prince walked down to meet him, escorting him to his father. Gregory slowly handed the king his little gift wrapped in recycled paper his family had saved from his birthday party the year before. A million thoughts flew through Gregory’s head. Then the room fell silent and Gregory felt like it was just him and the king. He began to open his present, carefully peeling off the paper. The people could not wait to see what it was. The king then opened the little cardboard box lid. His fingers reached inside, pulling out a small piece of paper. The people fixed their gaze on the king as he carefully unfolded the small piece of paper. His eyes seemed to twinkle as he finished reading. Gregory watched and waiting for what seemed like an eternity. Then the king rose to his feet and lifted his arm. “Thank you all!” he began. “I have received many wonderful gifts today, but as you all know, only one can be the winner.” The people all leaned forward with anticipation. “This year, the winner is…” Many in the audience were sure they would be this year’s winner. The king then reached down and picked up the 6 year old boy still standing at his feet. “This year the winner is Gregory.” The people could not believe it. The crowd was buzzing! How could this little boy with his little box and little piece of paper be the winner? It was impossible. The king continued… “This boy has not only given me the best gift this year, but the best gift ever!” You could hear several people’s gasps and complaints throughout the room. “He will not only be able to be with me for today, but because of his gracious gift, Gregory will be able to visit me any time he wants for his whole life.” The people could not believe it! Everyone was excited to discover what was on that little piece of paper, but the king did not tell them, at least not yet.

The rest of the evening all the people of the kingdom enjoyed great food and a festival filled with games, music, and much more. And Gregory simply enjoyed being with the king. He couldn’t believe it. He just loved looking and listening to his king. They talked all night long. As people walked by the king’s table they kept asking him what the boy had given him. The king would simply smile, reassuring them to be patient. The next morning the king sent out invitations to all the people in his kingdom requesting their presence at noon on the first day of the following week. The invitation explained that the king would finally reveal Gregory’s gracious gift to all. People could not wait! The following Sunday people from all around the kingdom made their way to the castle. Right at noon the king stood and explained what made Gregory’s gift so special. “You see,” began the king. “For many years now people have brought me many wonderful gifts, but no one has ever given me a gift quite like this one.” One person in the crowd just couldn’t wait any longer. “Please king,” he cried. “Tell us what was on the paper.” The king smiled. “The paper had six simple words on it.” The people all listened carefully as the king continued. “The paper said, “THANK YOU DEAR KING, THANK YOU!” The people looked quite confused. “You see,” explained the king. “Although many wonderful gifts have been given to me over the years, I’ve never really needed any of them. After all, I already own everything in the kingdom. What I’ve really wanted is you, not your things. I want your hearts. I want you to be my people. That’s what my kingdom is all about. Once you truly become my people, you will get to finally get to know me as your personal king. This boy’s little gift is exactly what I’ve been looking for these many years. Gregory’s gift has revealed his deep, heartfelt thanks, revealing his willingness to give me nothing less than himself.”

People talked about Gregory’s gracious gift for many years to come, reminding one another that it wasn’t the objects, but their hearts that they should willingly and humbly hand him each and every day; hearts overflowing with thanksgiving to their gracious and glorious king. This is what the king was truly searching for all along.

“My son, give me your heart, and let your eyes observe my ways” Proverbs 23:26

“O Lord, open my lips; and my mouth shall shew forth Your praise. For You desire not sacrifice; else would I give it: You delight not in burnt offering. The sacrifices of God are a broken spirit: a broken and a contrite heart, O God, You will not despise” Psalm 51:15-17

Posted in Uncategorized and tagged Parables
← Orphans no moreProphecy is THE Proof! →