If one will seriously investigate these Biblical evidences, he will find that their claims of divine inspirations (stated over 3,000 times, in various ways) were amply justified.

Lets take a quick look and see if the Bible can be backed up by solid evidence or not. 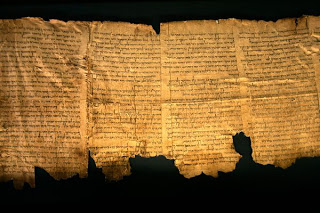 The Proof of Textual Evidence

Both the Old and New testaments are strongly supported by manuscript evidence (the evidence of early hand written copies).  The famous Dead Sea Scrolls are one example of the Old Testament evidence.  These documents came from the “library” of a settlement founded at Qumran before 150 B.C. and abandoned about 68 A.D.  Some of the manuscript copies were made during that period, and some were written earlier (third century BC) and brought to the settlement.  Ignoring spelling-oriented (orthographic) changes and similar small differences, the Dead Sea Scrolls match the Hebrew text behind today’s Old Testament, in spite of the passage of over 2,000 years (where one would expect errors to creep in).

Over 20,000 known manuscripts document the New Testament text.  This makes the New Testament the most reliable document of antiquity (a document written before the printing press).  These manuscripts vary in size from a part of a page to an entire Bible (Old and New Testaments).  The earliest New Testament manuscripts date from the second century (100-199) AD.  These manuscript copies were written in different languages by people of different nationalities  cultured, and backgrounds.  In spite of all those differences between them, the New Testament texts all agree.  (That is, those differences that we do observe between these hand written documents are occasional changes in the spelling of names or isolated cases of missing or changed words.  Still, since we have so many copies, it is obvious to anyone but the hardened skeptic that they all represent the same text.)

The Proof of Prophecy

One of the strongest arguments for the accuracy of the Bible is its 100% accuracy in predicting the future.  These future predictions are called “prophecies.”  The Old Testament was written between approximately 1450 BC and 430 BC.  During that time, many predictions of the future were recorded in the Bible by God’s prophets.  Of the events that were to have taken place by now, every one happened just the way they predicted it would.  No other “sacred writing” has such perfectly accurate predictions of the future.

One Type: The Messianic Prophecies

Of these prophecies, the most striking examples are the predictions about an “anointed one”  (“Messiah” in Hebrew) who was to arrive in the future.  About 4 BC, a miraculous event occurred-a boy named Jesus was born to a virgin named Mary.  You can read His story in the book of Luke.  Starting at age 30, Jesus fulfilled more and more of these prophecies written about the Messiah.  His fulfillment of these prophecies was very spectacular: Jesus gave sight to the blind, made the lame walk, cured those who had leprosy, gave the deaf hearing and raised people from the dead!  These miracles and others were done many times in front of thousands of witnesses for three years.  About 30 AD, Jesus was crucified (a prophecy) and died (a prophecy), after which He was seen by over 500 witnesses.  Since these prophecies were written down at least 400 years before they happened, there is no doubt that the Bible’s writers were inspired supernaturally-by God. 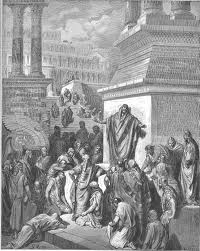 There are many prophecies that can be proven through archaeology especially those dealing with entire nations.  Typically, when God declared judgement on a nation, He would send a prophet to announce to the citizens why He was judging them and what He was going to do to them if they continued their evil behavior. On occasion, God would tell the citizens how He would reward them if they started doing what was right.  The book of Jonah records a case where the Assyrians stopped doing what was evil as a result of Johah’s short prophecy.  This is what God wanted, and God did not punish them as a result of their change of heart.  However, most often, the people would jeer at God’s prophet and continue their bad behavior-later becoming recipients of the exact punishment that God threatened.

Like other prophecy recorded in the Bible, these predictions support the supernatural inspiration of the Bible.  The prophecies recorded in the Bible came true in such a detailed way that they could not have been predicted by chance.  Further, archaeologists have evidence that these prophecies were written down many years before they were fulfilled, proving that they were not falsified documents claiming to be prophecies that came true.  (The discovery of the Dead Sea Scrolls stopped the majority of that talk.)

There is no other book, ancient or modern, like this.  the vague, and usually erroneous, prophecies of people like Jeanne Dixon, Nostradamus, Edgar Cayce, and others like them are not in the same category at all, and neither are other religious books such as the Koran, the Confucian Analects, and similar religious writings.  Only the Bible manifests this remarkable prophetic evidence, and it does so on such a tremendous scale as to render completely absurd and explanation other than divine revelation.

The historical accuracy of the Scriptures is likewise in a class by itself, far superior to the written records of Egypt, Assyria, and other early nations.  Archaeological confirmations of the Biblical record have been almost innumerable in the last century.  Dr. Nelson Glueck, probably the greatest modern authority on Israeli archaeology has said:

“No archaeological discovery has ever controverted a Biblical reference.  Scores of archaeological findings have been made which confirm in clear outline or in exact detail historical statements in the Bible.  And, by the same token , proper evaluation of Biblical descriptions has often led to amazing discoveries.”

Another striking evidence of divine inspiration is found in the fact that many of the principles of modern science were recorded as facts of nature in the Bible long before scientists confirmed them experimentally.  A sampling of these would include : 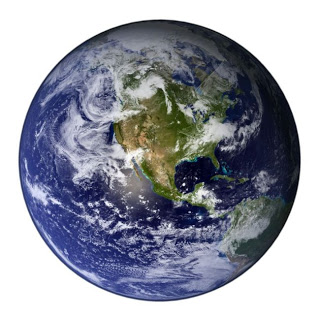 These are not stated in the technical jargon of modern science, of course, but in terms of the basic world of man’s everyday experience; nevertheless, they are completely in accord with the most modern scientific facts.

It is significant also that no real mistake has ever been demonstrated in the Bible-in science, in history, or in any other subject.  Many have been claimed, of course, but conservative Bible scholars have always been able to work out reasonable solutions to all such problems.

The remarkable structure of the Bible should also be stressed.  Although it is a collection of 66 books, written by 40 or more different men over a period of 2,000 years, it is clearly one Book, with perfect unity and consistency throughout.

The individual writers, at the time of writing, had no idea that their message was eventually to be incorporated into such a Book, but each nevertheless fits perfectly into place and serves its own unique purpose as a component of the whole.  Anyone who diligently studies the Bible will continually find remarkable structural and mathematical patterns woven throughout its fabric, with an intricacy and symmetry incapable of explanation by chance or collusion.

The one consistent them of the Bible, developing in grandeur from Genesis to Revelation, is God’s great work in the creation and redemption of all things, through His only Son, the Lord Jesus Christ.

1 Chronicles 29:11 “Thine, O LORD, is the greatness, and the power, and the glory, and the victory, and the majesty; for all that is in the heaven and in the earth is thiing; thine is the kingdom, O LORD, and thou art exalted as head above all.”

Psalm 104:1-5 “Bless the Lord, O my soul. O Lord my God, thou art very great; thou art clothed with honour and majesty. Who coverest thyself with light as with a garment: who stretchest out the heavens like a curtain: Who layeth the beams of his chambers in the waters: who maketh the clouds his chariot: who walketh upon the wings of the wind: Who maketh his angels spirits; his ministers a flaming fire: Who laid the foundations of the earth, that it should not be removed for ever.”

Daniel 4:34 “And at the end of the days I Nebuchadnezzar lifted up mine eyes unto heaven, and mine understanding returned unto me, and I blessed the most High, and I praised and honoured him that liveth for ever, whose dominion is an everlasting dominion, and his kingdom is from generation to generation:”

Genesis 1:1 “In the beginning God created the heaven and the earth.”

Hebrews 1:1-3 “God, who at sundry times and in divers manners spake in time past unto the fathers by the prophets, Hath in these last days spoken unto us by his Son, whom he hath appointed heir of all things, by whom also he made the worlds; Who being the brightness of his glory, and the express image of his person, and upholding all things by the word of his power, when he had by himself purged our sins, sat down on the right hand of the Majesty on high:”

Job 38:1-7 “Then the Lord answered Job out of the whirlwind, and said, Who is this that darkeneth counsel by words without knowledge? Gird up now thy loins like a man; for I will demand of thee, and answer thou me. Where wast thou when I laid the foundations of the earth? declare, if thou hast understanding. Who hath laid the measures thereof, if thou knowest? or who hath stretched the line upon it? Whereupon are the foundations thereof fastened? or who laid the corner stone thereof; When the morning stars sang together, and all the sons of God shouted for joy?”

Matthew 27:50-54 “Jesus, when he had cried again with a loud voice, yielded up the ghost. And, behold, the veil of the temple was rent in twain from the top to the bottom; and the earth did quake, and the rocks rent; And the graves were opened; and many bodies of the saints which slept arose, And came out of the graves after his resurrection, and went into the holy city, and appeared unto many.  Now when the centurion, and they that were with him, watching Jesus, saw the earthquake, and those things that were done, they feared greatly, saying, Truly this was the Son of God.”